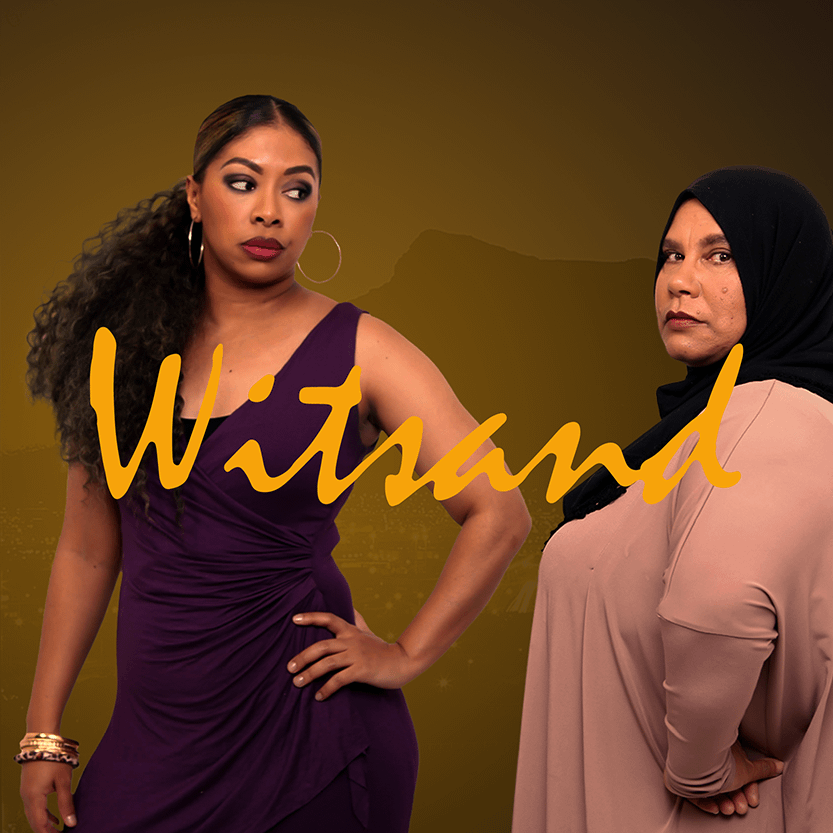 Witsand is an Africans drama series set in Cape Town, and it follows the lives of a group of homeless people and their daily struggles as they try to survive in Witsand and various other characters woven inbetween.

The story line touches upon different types of people that became homeless, the struggle of single motherhood, gender based violence, race, religion and sexuality, the financial interests of a Rich Gang Boss and more on how those who live in a community’s lives mean nothing when used to just make money.

Abidah Dixon Mohamed, is a radio presenter, producer, sound engineer and voice over artist, currently producing and presenting on CTV’s cooking show, ‘Proe’. She started her career in the entertainment industry in 2013 playing a role in the movie ‘Baroudeur’, with Frans Cronje the brother of the late cricket captain Hansie Cronje. She also played in 2 short films ‘Fiekie and Tasneem’ and ‘Two Hues’ which was nominated for an award in London, Istanbul and recently won an award for best film in Paris – soon to be a feature film.

After completing her training in 2012 Melissa found that her background in dance and entertainment helped create the perfect platform to showcase both local and international talent.

The Cape Town born innovator, fell in love with performing and dancing at a very young age, and has performed both locally and internationally, winning multiple awards and racking up multiple accolades. Mel has featured as the female lead in ‘Nana – Diamond Platnumz’ music video which has been viewed over 59 Million times on YouTube since its launch in 2015. She has also hosted events such as ‘Redbull BC One’, ‘Red Bull Rep your style’ and ‘Hip Hop International’.

As an Actress she is seen on ‘Arendsvlei’ on Kyknet & Kie; playing a teacher and has done films like, ‘Bring it on 6’, ‘Cinderella if the shoe fits’ and ‘Krotoa’.