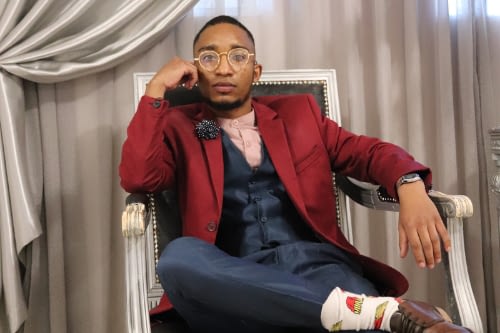 Rezah Forbes is a Cape Town based stand-up comedian who has an enormous passion for what he does. His career started at the tender age of 10, in grade 5- at an end of year school concert.

Only 21 years of age, he has already rocked Cape Town as one of the hottest new talents to take the stage.

In February 2017, straight after matric, Rezah started his journey as a TV presenter at Cape Town TV.

On 27 January 2018, “Oh Flakka” – the debut of Rezah’s first one-man show, saw him perform in front of a sold-out audience. With little to no help, Rezah managed to pull off a successful event. This saw him gaining the respect of local artists and audiences in and around the community.

2019 was the year that really boosted his career when he entered a brand new KykNet talent competition called “Maak My Famous “- hosted and executive produced by Emo Adams. With over 6000+ entries, from both South Africa and Namibia, Rezah managed to gain 6th position and stole the hearts of many on the national TV show. He was also the only comedian who made it to the top 10.

Subsequently, the top 10 of the show had a massive showcase at Grand Arena which seats 5000 people. Two shows were had, and the first show got sold out in 5 days! Here Rezah proved himself further as a young talented artist, and many of the audience members, production crew, and sponsors of the showcase hailed him as one of the best acts of the night.