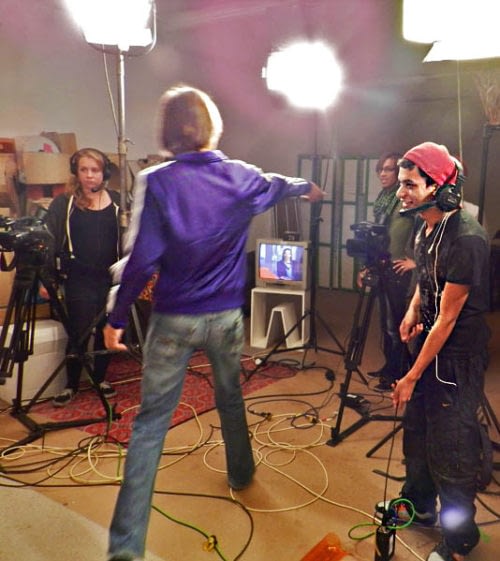 Cape Town TV is a community broadcaster with a mission to engage the public in using television for development purposes. Whether you want to contribute your own video content, become a production partner or just appear on TV to promote a cause, this channel is here for you.

In order to help people to develop and air TV shows, Cape Town TV provides training and assistance for all. In this way people from our communities can not only get involved in producing television content but also share the stories and issues that concern them with the wider audience.

Cape Town TV is a platform for ordinary people to learn the ropes of television production, appear in television programmes and become television producers and entrepreneurs. The station has a particular concern with assisting marginalized communities to find a voice amidst the clutter of commercial media which focus on mainstream perspectives.

In order to assist, mentor and train those unskilled in television production, Cape Town TV has developed an innovative programme which equips individuals and organisations to create their own television talk shows. The Producer Development Programme takes you through the steps of creating a studio show from start to finish using our studios, crew and experienced production personnel to back you up. The programme is open to both independent producers and co-producers based at the station.

If you’re an aspiring television producer/presenter, you can apply to be a co-producer at Cape Town TV. We will provide you with training and mentorship to develop your TV talk-show concept and air it on the channel. To apply, you must have subject expertise in a particular area, be confident in front of a camera and be able to commit your time and energy to the project of creating your on-air series. Then just fill in the form below and we will get back to you.

Training consists of the following workshops: